UnDock from your comfort zone and let’s learn about Docker. What I wish somebody told me before picking up Docker bandwagon is what I’m going to share with you in a full series about the technology and everything important happening behind the scenes. 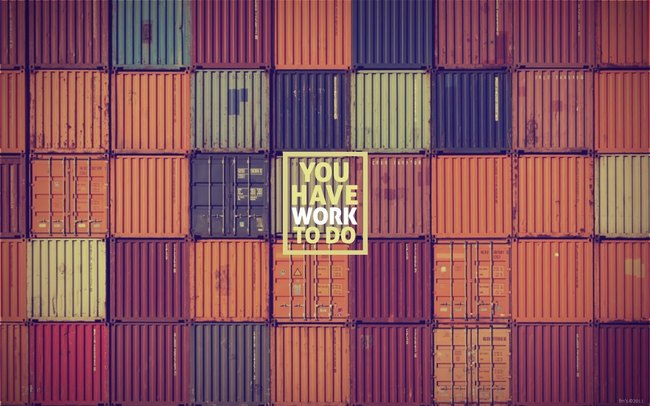 As the prerequisites the more you know about Linux the better but we’ll keep it accessible all along. And you can spin up 1-2 Linux virtual machines already.

In order to best teach concepts and the likes there are gonna be times we outright violate and trumple all over best practices (to highlight things that we are leaning). We’ll circle back later and explain how to do it the right way. Repetition is the mother of learning.

Let’s get back in time just a bit..

It’s all about applications, back in the day we used to build servers and application in a 1 : 1 ratio. For every application we wanted to deploy we needed to buy and build a dedicated server for it. 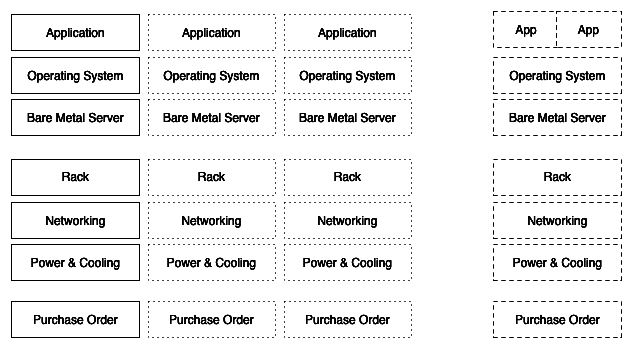 Not great for AGILITY.

Each one of those servers, 99 times out of a hundred we only run them at a tiny fraction of their capability. Servers would be running at less than 10% average utilisation (some times 2 to 3%). We ended up having tons of proper servers sitting in the datacenter doing absolutely nothing most of the time.

Something had to be done. And something was done.

Overnight we jumped from utilising only 10% of physical machine capabilities at a 1:1 ration to multiple apps running in the same physical server with profiles using up to almost 80% of the resources.

It was a revolution (massive improvement) but still far from perfect…

Let’s take a closer look at the VM model:

With one app per VM we still need one OS per VM, with this model we trimmed only the excess at the physical layer.

Meh.. not so cool.. every OS consumes CPU/RAM/Storage resources and some need INDIVIDUAL licensing. More OS is not better.

This VM model it’s still pretty secure but each OS is a gross waste of resources.

It’s all about the Application

all it needs to run it’s a secure isolated environment with minimum OS services and probably some QoS controls. The VM literally is now the bloated heavyweight in the room.

Something more efficient came along.

Each and every container consumes LESS CPU/RAM/Storage than a VM and still provide a secure isolated environment to apps to live in.

After installing linux over bare-metal server the linux kernel owns and manages the hardware underneath it. Then in a world without containers we install an application or a service on a construct we call USER SPACE.

Well what Containers do is let us create multiple isolated instances of this USER SPACE area on top of the same operating system. Each isolated instance of user space is a container and then within each container we install an app or a service. 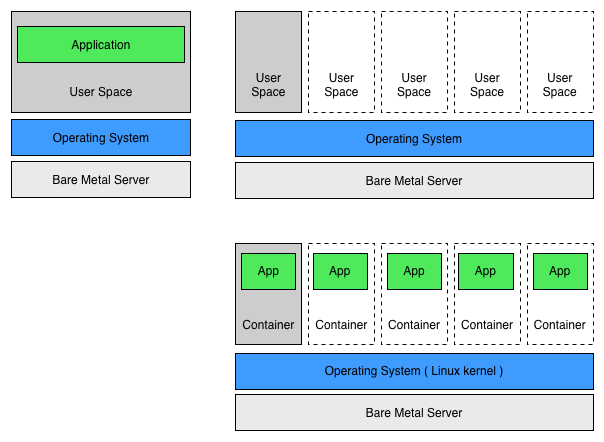 Back to the 10 apps example we just slashed resource utilisation from 10 OS (1 per each VM) pilling up about 100GB disk space / 40GB Ram / 50% CPU before we even install a single app to just ONE operating system, in this case all the containers share the same instance of a Linux kernel.

And Containers are also faster and more portable than VMs.

Before we get under the hood you ask : Why don’t we install 5 applications on top of the same operating system and on the same User Space ?

Well.. in that scenario we cannot stop one application from walking over each other (we can but it’s not as manageable as containers). Imagine two applications need the same OS library but with different versions, it’s a disaster waiting to happen and operating systems are not good at managing it in the same User Space.

Under the hood (How Containers work) #

Inside a container we can have isolated instances of

For example the user Namespace allow us to have users with root priviledges INSIDE a container but not OUTSIDE the container.

Look at the pid Kernel Namespace : 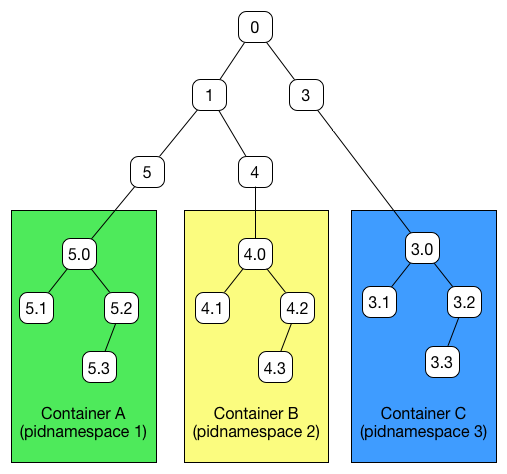 At a high level cgroups kernel feature let us group together resources and apply limits. Kind of like Quality of Service rules, in the case of containers we map containers to cgroups in a 1 : 1 mapping , and then we set limits on how much CPU/RAM/Block IO that the container has access to.

They are very flexible and much more easy to manage and tweak than vCPU or vRAM. Preventing that one container runs amok on the system and DOS every other container. 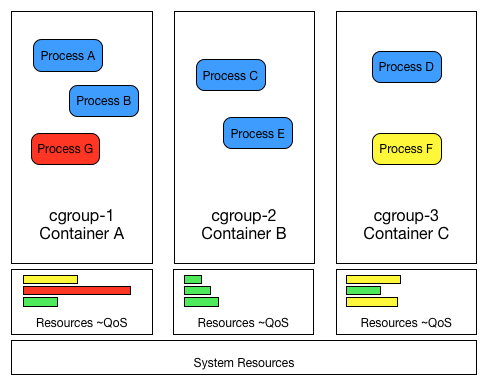 When dealing with containers with hostile workloads sharing the same machine you should pick a container system that supports cgroups as Docker does.

Have you heard of Capabilities ?

In the need of fine grain control of user/process privileges this kernel feature allow us to break down the all or nothing approach of root and non root users.

It breaks down the root privileges into smaller privileges and allow us to assign them to a user/process when it needs them.

For example you need to assign a socket to a low numbered port within a container but aside from that you don’t need any other special privilege. Grant that process a CAP_NET_BIND_SERVICE capability (that does what you are thinking) instead of granting full root privileges. 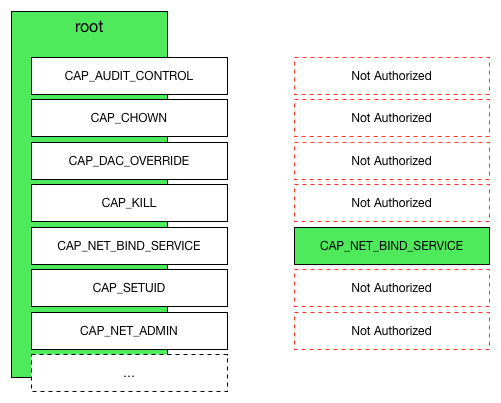 So capabilities are important from a security perspective.

Docker supports capabilities and operates in a whitelist approach where all are denied by default except all that are explicit listed on the whitelist. 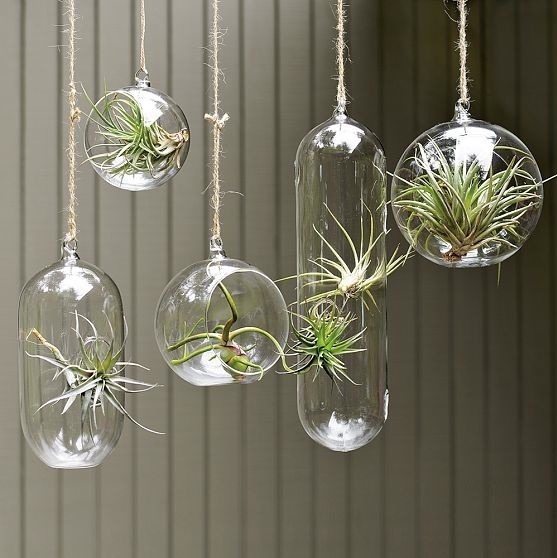 This article is part of White Noise Open Source Series meaning that the article can be updated / corrected / optimised by pull request at our public repo.

☵☲ Buy me a beer ☵☲ hkd up by Flávio HG

React JS Crash Course # If you haven’t used React at all, you’re not in the right place. If you have used React, but you’ve run into some confusing edges or are tired of the same meaningless tutorial examples, then you’re in the right... Continue →